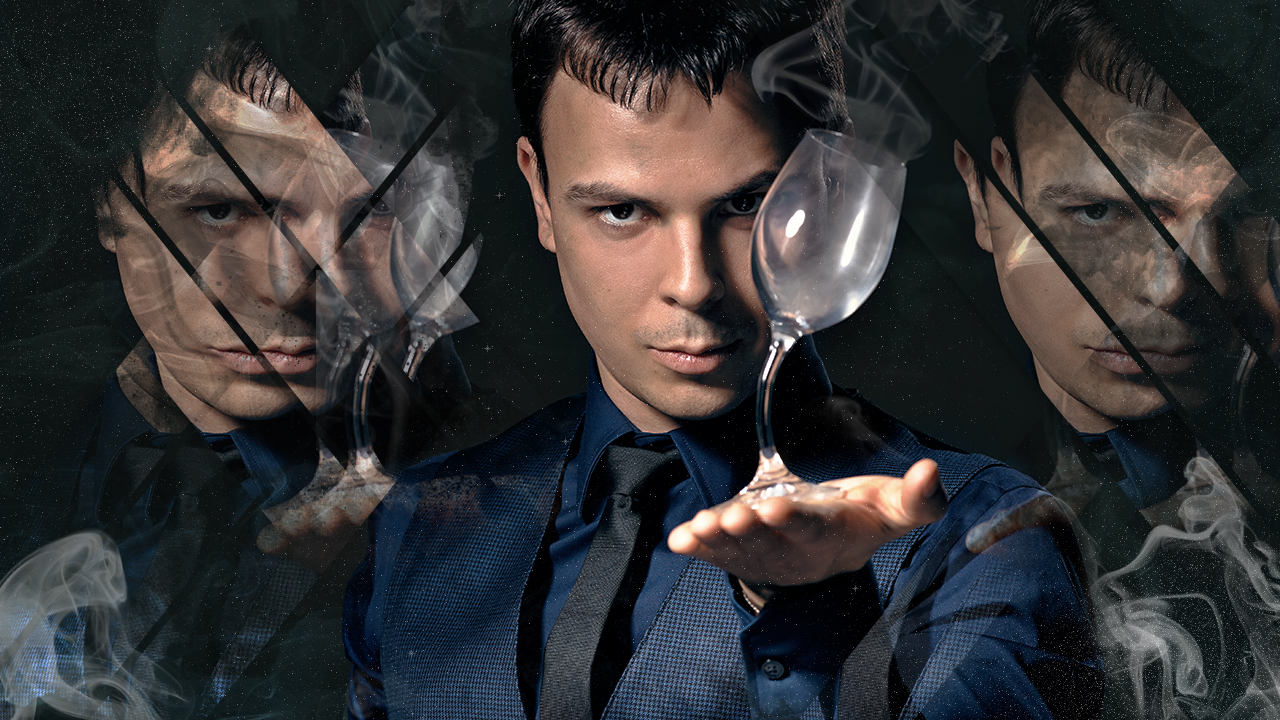 A miracle on the verge of reality

His performance is a true theatrical spectacle with an incredible magical vibe that has a prologue, a climax and a spectacular ending.

Incredible disappearances and reappearances, levitation of things and people, telekinesis, gravitational illusions, control of the elements of nature, event prediction, mind reading and control as well as other magnificent acts.

Alexander is one of the most successful and sought after Russian illusionists. He has performed at the best venues in Saint Petersburg and Moscow and had numerous tours in Russian and European cities.

By now, Alexander has done more than 1500 shows. He is a prize-holder of the first battle of the magicians in Russia 'Amaze Me' on the TV-3 channel and has participated in other tv programs.

He is one of the most vivid and talked about contributors to the show 'Street Magic' on the Friday tv channel.

Alexander began his career as an illusionist in 2005, and since then he hasn't stopped working on improving the art of illusion and wizardry.

While honing his skills and creating original magical effects and magnificent stunts, he travelled his way from uncomplicated tricks to truly astonishing shows.